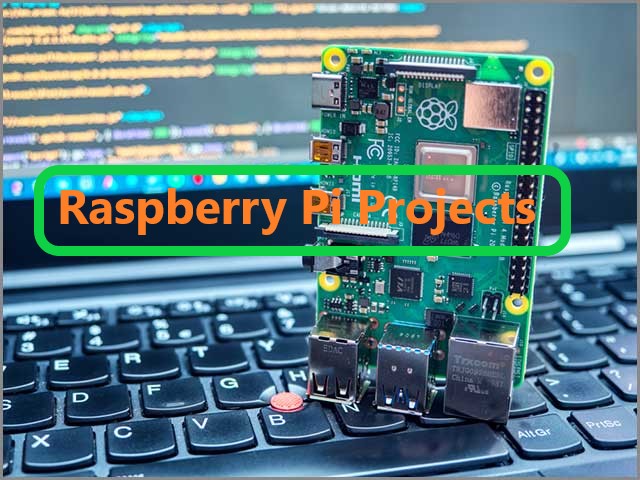 The Raspberry Pi 4 is the ideal “brain” for a multitude of DIY projects. Reliable, hackable, open-source, and energy-efficient, this bare board is a versatile tool.

This article will have projects that a beginner can make as well as an advanced user can also make. So let’s get started.

We’re all suffering from video conference fatigue, but the prospect of using a Raspberry Pi for your next online meeting spices thing up a bit for any decent user. Besides the Pi, you’ll only need a USB or Raspberry Pi camera and a little time to set things up.

A Raspberry Pi WiFi Extender is a cheap and power-efficient way of increasing the total range of your WiFi Network. A WiFi extender differs a fair bit from a WiFi access point.

Plants emit electrophysiological signals. With the help of a sensor and a Raspberry Pi, you can hear and visualize the sound they make in form of audio, pulsating lights, and a graph.

So, do you want to go to the next level of home organization? Then use a Raspberry Pi and a little artificial intelligence to label your stuff. You hold an item in front of the built-in camera, then you let AI detect the objects in the image and print out the labels on a piece of sticker paper.

Here’s a bicycle dashboard that displays speed, time, and also tracks your route. Besides a Raspberry Pi Zero Wireless and an Arduino R3, this DIY project uses plenty of components. It’s not for the faint at heart, but the excellent documentation will get you in the saddle eventually.

This project turns a Raspberry Pi and its camera into a versatile, low-power IoT smart camera. Depending on what database you integrate, you can use it for visual detection of objects, i.e; license plates, breathing masks, birds, plants, etc.

Coding experience is required if you want to go beyond the pre-installed examples.

It may look like a professional rice cooker, but this is actually a 3D scanner. The device holds up to 7 cameras and 7 Raspberry Pi cores and you’ll need to 3D print all the parts of the enclosure, wire up the electronics, and do some coding to make it work.

In this Raspberry Pi 4 DIY project, you’ll merge electronics, coding, and photography… with lots and lots of LEDs. A single line of LEDs, controlled by the Raspberry Pi 4, displays an image one line at a time. With a long exposure time over several seconds, you can then “paint light” and create a luminous picture floating in the air.

This open-source cat-shaped robot is nothing short of awesome. OpenCat is highly maneuverable; it can pose, crawl, balance, recover from falls, and detect obstacles. It can even stream videos and detect faces. You can also integrate Amazon’s Alexa personal assistant. The programmable and highly maneuverable robotic cat is a great project for advanced STEM education and AI-enhanced services. An Arduino takes responsibility for controlling detailed limb movements, while the Raspberry Pi 4 works as the cat’s brain.