What is a P10 matrix display? 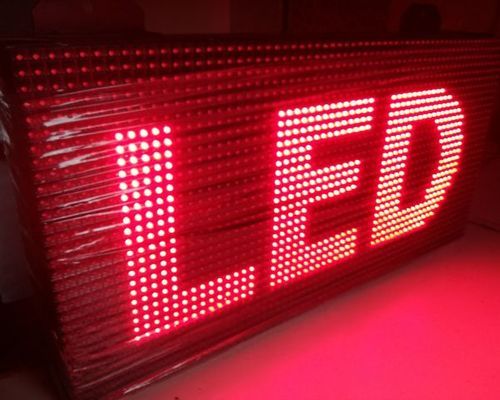 P10 is a series of dot matrix displays with a LED pitch of 10mm. It comes in a standard-sized single display screen and consists of a 16×32 led array. Each LED in this display can be individually controlled. By controlling specific LEDs we can display text, shapes, and graphics as required.  We can chain these displays together(both vertically and horizontally) to create a display of any desired height and length. They run on a 5V voltage supply at 20W power supply. They can be controlled using ATMEGA 2560, and ESP8266 controllers.

How to get started with the P10 using Arduino IDE?

The option of DMD2 pops up which we need to install. Once the library is installed, we can get started with implementing the code for the display.

We will try executing the code for AllDrawingOperations as shown in the image above.