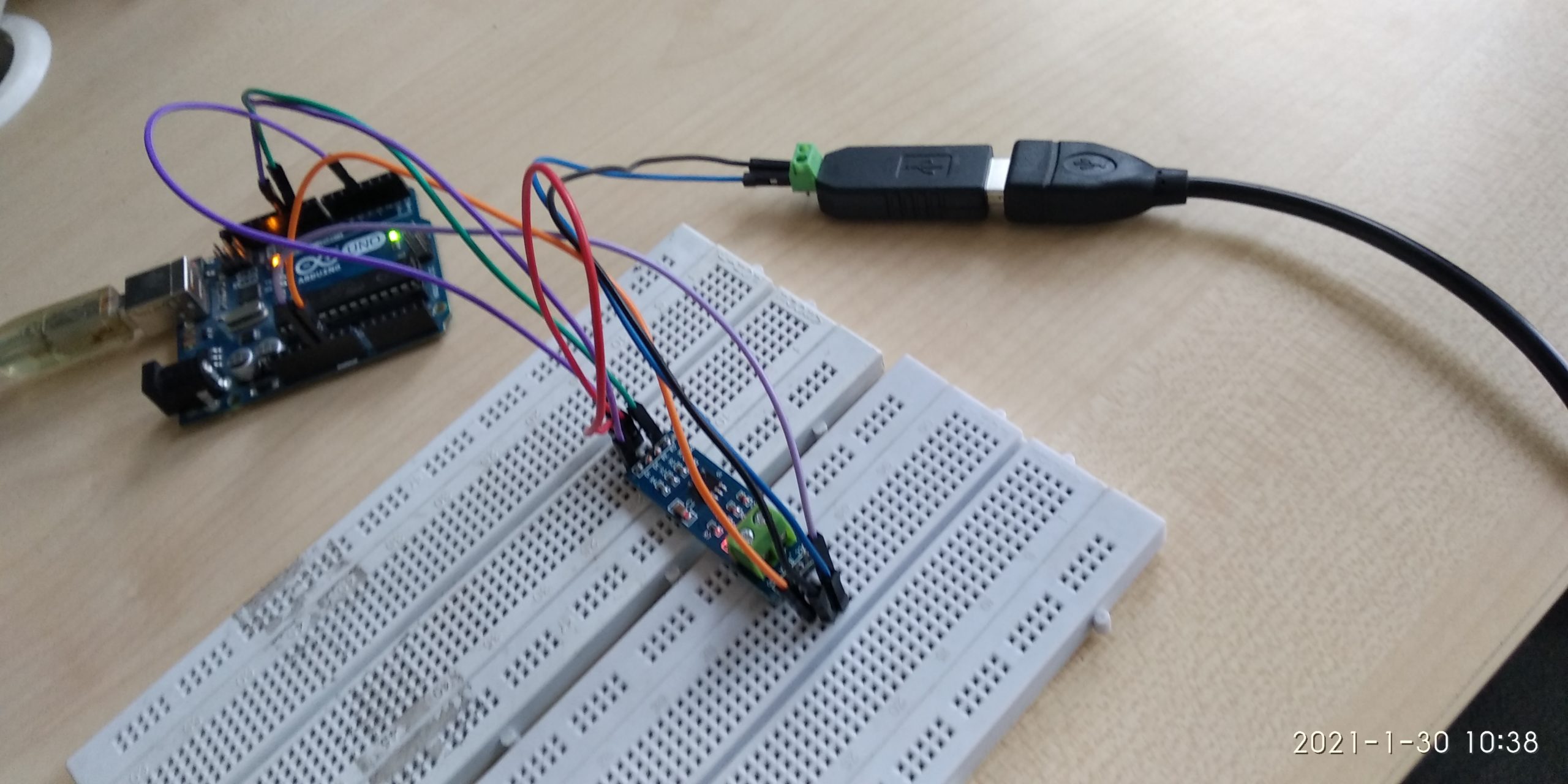 This is a two-part article that explains the step-by-step details of interfacing USB to RS485 Converters to Communicate with Modbus Devices. The first part explains the procedure to read and transmit RS485 data from using the converter and the second part of the article explains how to communicate with MODBUS devices.

All the modules that you require to implement this project are available on our website. Visit: Probots

What is a Modbus?

Modbus is a data communication protocol originally published by Modicon (now  Schneider Electric) in 1979 for use with its programmable logic controllers(PLCs). Modbus has become a de facto standard communication protocol and is now a commonly available means of connecting industrial electronic devices for data transmission.

In this article, we will use the USB to RS485 Converter to receive RS485 data. We will program the Arduino to transmit data and read it using the USB to Serial Converter.

The Arduino will need a library called SoftwareSerial.h which can be found online.

The USB to Serial converters show up as a COM Serial Port when plugged into the computer. You will have to install the appropriate drivers before you use them. To install the drivers on Windows, open Device Manager and identify the USB to Serial Converter Chip used in your converter. It is usually CH340, FT232, CP210x, etc. Each of these chips has different drivers. You can get the latest version for free download online.
Refer to this article for driver installation for CH340 – Sparkfun

Circuit Connection between MAX-485 TTL to RS-485 Module and USB to RS-485 converter:

The advantage of using this library is software serial allows you to open another serial port on the Arduino, so there will two serial ports were sending and receiving data to the computer. This allows the Arduino to communicate with the RS485 and the Computer simultaneously.

All the components used in this article are readily available on our website. Please visit: PROBOTS to buy any components you need to kickstart your project.