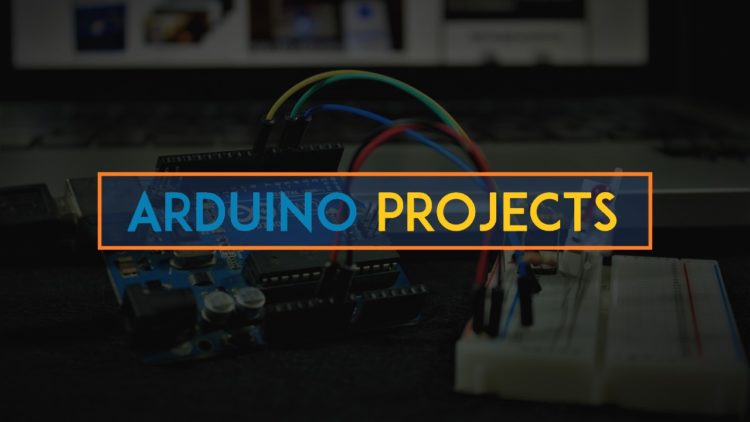 Arduino makes an ideal “brain” for any DIY project that requires an electronically controlled action. They’re reliable, open-source, efficient, and affordable and as such, there are plenty of projects out there that specifically call for an Arduino.

Arduino is programmed to convert hand-waving above 3D gesture Flick board to musical notes and then synthesizes music producing audio output at GPIO pin.

Move your drone racing skills to the next level with these interactive air gates! Not only interactive drone gates, but all kinds of drones can be built using Arduino.

What may look like a demanding project at first glance actually isn’t overly complicated to build and set up. An old case will do as the chassis for your remote-controlled car. Mount the stepper motors and wheels to the case, wire everything to an Arduino Uno, and set up an app on your phone.

HC-SR 04 Ultrasonic sensor is most commonly used to measure distance, This project Is built using the same, This project lets you measure the speed of movement of an object using this sensor.

Have you ever come across one of these fancy touchless trash cans that open magically once your hand hovers above the lid? Well, with some help of an Arduino micro you can turn a “dumb” trash can into a smart one. And the best thing is that it’s a project suitable for beginners.

With a little help from an ultrasonic sensor, a piece of cardboard, and a small servo motor for rotating the whole array, you can build a small portable radar station. Hook it up to a display to show the data in 80’s-style fluorescent green wireframe graphics.

Hourglasses are some of the earliest time-telling devices mankind invented. Here’s a very modern take on them. With the help of two 8*8 LED matrices, a triple-axis accelerometer, a DIY cardboard case, and an Arduino Uno, you can build a great-looking hourglass just like this.

Otto is the classic Arduino DIY project. An interactive robot, Otto can walk, dance, make noises, and avoid obstacles. Its functionality can be expanded with additional “builder” kits. Otto is a great educational project, especially for kids, and thanks to its visual programming language, Otto Blockly, can be easily programmed.

Every PC holder or electronic hobbyist worth their metal keeps a box full of USB cables. With this nifty tool, you can instantly diagnose their type and integrity. It is suitable to trace USB A, Mini, Micro, and USB-C cables. It also helps to identify the exact wiring configuration and even diagnose broken connections.