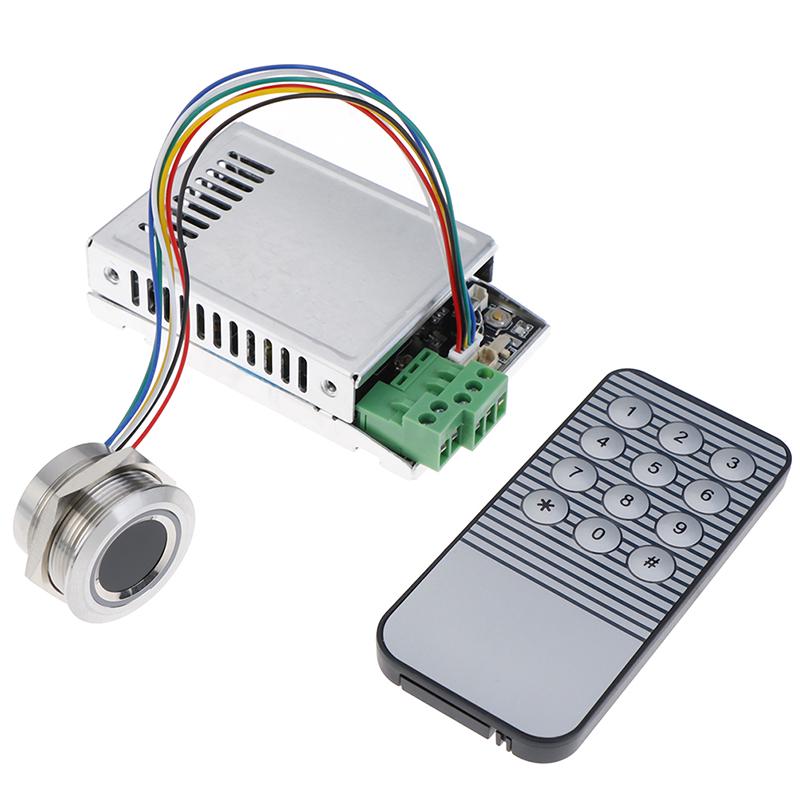 This article will discuss how to control the R503 fingerprint sensor with K216 controller and a remote.

What is the R503 Fingerprint sensor??

The controller(K216) comes pre-programmed from the market, so the sensor through the controller can sense and store the fingerprints in the databases. This controller has an onboard relay, a set button, and much more.

Press the SET button, The system will be in register state, and the Blue indicator light flashes/flickers, blue light indicates the sensor is either ready to register the new fingerprints or read the fingerprints that are already been registered.

Once the user places the finger on the sensor along with the blue indicator light, a buzzer will turn on. One has to place their finger at least for about 10 seconds, once the fingerprint has been registered, you will hear a different tune on the controller board’s buzzer.

1. This R503 sensor can be controlled by a remote controller, making it easier to operate the sensor.

4. To new register fingerprint, press*password*2*DD#.  DD from 00 to 02(00, 01, and 02 refer to three different fingerprint databases), each database can store fingerprints 100 fingerprints.